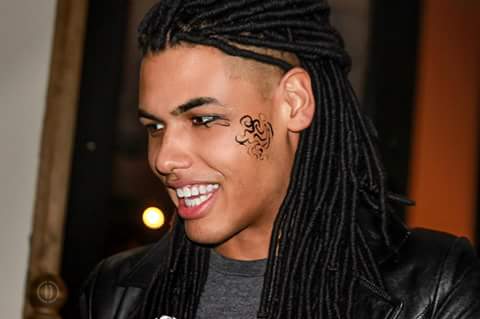 Josh Ari Selvey (AKA Ari De Leo) , 23, was born and raised in Harrisburg, PA. As a child he was primed for the expressive arts, learning two instruments, piano and violin, by the age of 10. As he matured, Josh later took an interest in visual art as well, and has been developing his crafts ever since. Later he expanded his interests into the theatrical arts and film, working with local directors and producers such as Monkia Ross and Jontrae Williams. 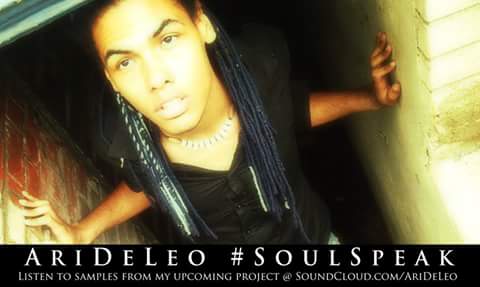 In 2009, he matriculated to Capital Area School for the Arts (CASA) to pursue his studies in theater under the instruction of Lisa Weitzman, and Anne Alsedek. During this time, Ari also became self-taught in acoustic guitar, leading him to play for various venues between Harrisburg, PA and Williamsport, PA.

After high school, Ari continued to expand upon his talents in the visual arts, arranging his first art gallery exhibit in 2011 called “A Prologue to My Self”, featuring his personal portfolio of paintings and drawings at 3rd Street Studio. Ari has also worked with community arts director and international artist Nataki Mcneal Bhatti on outreach programs aimed towards at risk youth.

Stylistically, Ari cleverly incorporates a mix of his major influences, which include the likes of: Erykah Badu, Janelle Monae, Beyonce, John Legend, J*Davey, Missy Elliot and Jill Scott to name a few.

In addition to having an impressive social media following, Ari’s talents have earned him substantial notoriety, landing him a spot amongst Central PA’s Top Young Professionals by Seven1Seven Soul Magazine in their Feb 2012 issue.

Ari creates music with hopes to bring a spirituality, one ness, Love, Social Activism, Beauty, magic and over all healing to a generation that is in dire need of a new age positive, creativity. Please stay tuned for the next big thing!